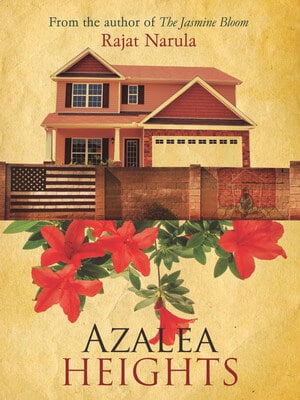 Meet the author of Azalea Heights, a clash-of-cultures story of a diverse cast of characters wanting to make a fresh start. Naina is recently divorced and is learning to live alone. Rohan is a small-time restaurateur with big dreams. Altaf, a proud American citizen, is struggling with the radicalization of his teenage son. Gerard is a retired Iraq veteran fighting with his inner demons and legacy of the war. When they move to a new development called Azalea Heights, their paths inevitably cross and result in a chain of events that upend their lives. Azalea Heights captures the escalating tensions within the neighborhood, but also recognizes the American spirit, when people with disparate ideologies, beliefs, and politics come together in a moment of crisis.