If you’re an early American history buff or a Civil War buff, there is no better place to visit than Winchester, especially historic Old Town.

At the top of the Shenandoah Valley and Virginia, Winchester was once Shawnee Indian camping grounds to which Pennsylvania Quakers came to settle in 1732. In the mid-1700’s, Frederick County became the military and political training ground for George Washington, who came here at the age of sixteen to survey the lands of Thomas, the Sixth lord Fairfax. Washington built Fort Loudoun during the French and Indian War and, at twenty-six, was elected to his first public office as the county’s representative to the House of Burgesses.

During the Revolutionary War, Daniel Morgan’s Rifleman from Frederick County were among the first who came to Washington’s aid against the British. War prisoners were housed in Winchester and the neighboring countryside. 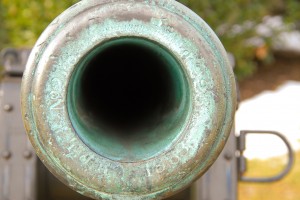 Winchester was a strategic prize of great importance during the Civil War. In Confederate hands, on excellent roads to the north and east, it was a serious threat to the supply lines of the Union armies trying to reach Richmond – the heart of the Confederacy. In the hands of the Union army, Winchester made Confederate raids and invasion of the north risky and opened a protected avenue for Union troop movements south through a valley from which they could attack on the flanks and rear of Lee’s main armies. Thus, Winchester and Frederick County became the scene of six battles during the Civil War, and the city itself changed flags around seventy times during the four year conflict, it is said thirteen times in one day. General Thomas “Stonewall” Jackson demonstrated his military leadership in the Valley Campaign. Winchester was familiar to him not only as a military objective, but also as his home during the winter of 1861-1862. Here he enjoyed the companionship of his wife for the last winter. His headquarters is located on North Braddock Street and is open in the spring and summer months.

In Winchester and Frederick County the visitor will see many relics of the area’s history: the tomb of Lord Fairfax in the yard of Christ Episcopal Church; the home and grave of General Daniel Morgan, hero of the Revolutionary War; George Washington’s headquarters: the headquarters of “Stonewall” Jackson: the headquarters of the Union General Philip Sheridan,from which he started his 12 mile ride on October 19, 1864, to rally his retreating army at Cedar Creek- the ride made famous by Thomas Buchanon Read’s poem, “Sheridan’s Ride”; the Hollingsworth house, Abram’s Delight, built in 1754 and now completely furnished with relics of the 18th century; houses of the Revolutionary era; the National Cemetery and the Confederate Cemetery with thousands of heroes graves; the ruins of an old church used as barracks during the Revolutionary War; the Hopewell Meeting House, established in 1734: Belle Grove Plantation, 1794; and many others.

Each spring Winchester plays host for four days to over 250,000 visitors who converge upon the town to witness the famous Shenandoah Apple Blossom Festival, usually held the first few days in May. Winchester also hosts the world’s largest Fireman’s parade the Friday before the main event.

Winchester has long been known as the “Apple Capital” surrounded as it is by vast orchards and constituting one of the largest apple export markets of the nation and the largest producing area in Virginia. 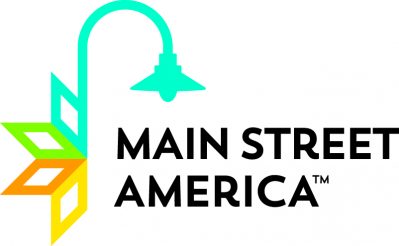