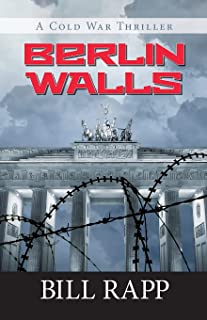 August, 1961: CIA officer Karl Baier is back in Berlin just as the Wall is going up and the world appears to be on the brink of a new war. Baier must help a KGB defector escape East Berlin and find his brother’s killers in return for information on Moscow’s plans, but with a Soviet assassin and the East Germans on their trail — all while his wife’s parents are trying to flee East Germany.
Meet author Bill Rapp and get your signed copy of this exciting novel. Copies of his first novel, Tears of Innocence will also be available.