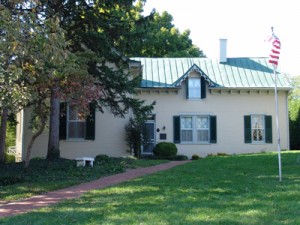 This Hudson River Gothic Revival style house, a Virginia and National Historic Landmark, was used as headquarters by General “Stonewall” Thomas Jackson during the winter of 1861-1862.

The house contains the largest collection of Jackson memorabilia and also personal objects from members of his staff. The museum has on display Jackson’s personal prayer table, initialed prayer book, and many other Jackson family artifacts. The museum honors the memory of General Jackson’s military genius as Robert E. Lee’s most valuable officer. His sincerity and valor moved men’s spirits to follow him against any odds. General Jackson’s office is essentially the same as when he used it, so it does preserve the essence of his surroundings at that time.