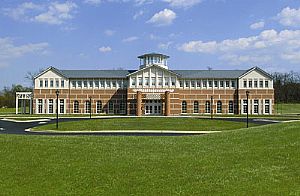 The Glen Burnie Historic House and its surrounding six acres of gardens opened as a museum in 1997. The Museum of the Shenandoah Valley (MSV) opened eight years later on April 3, 2005.

Centuries before the house and its surrounding landscape opened to the public and the dream of a regional history museum for the Valley became a reality, the people that lived here left indelible marks that are part of this historic property’s story today.

With the opening of the new museum, the site now tells the broader story of the Shenandoah Valley and those that have made their homes in the Valley for thousands of years. Exhibits in the new museum provide an interpretive backdrop for the many individual stories told by historic sites throughout the region, including the museum complex’s own Glen Burnie Historic House, which played a role in the settlement of the Valley.