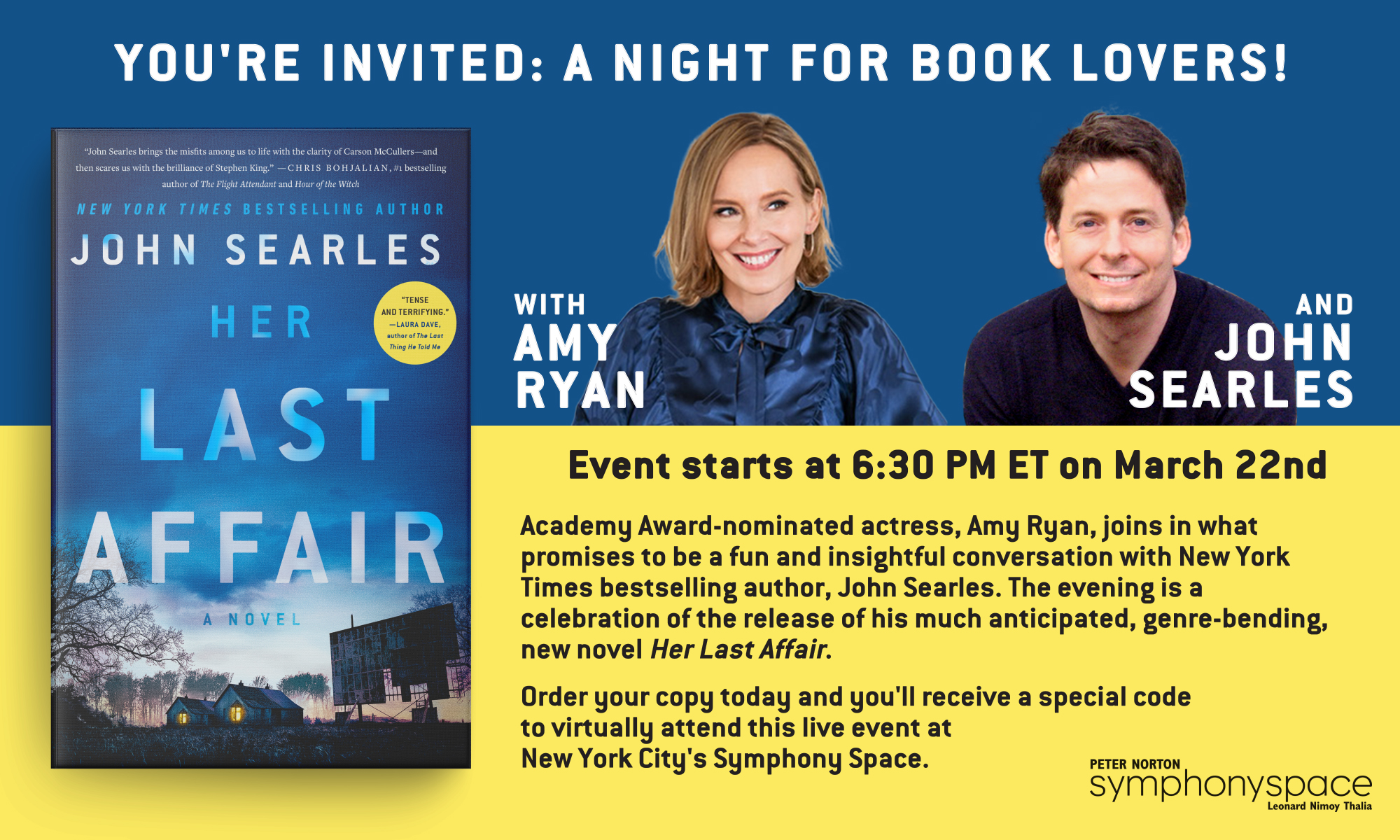 Academy Award-nominated actress, Amy Ryan, joins in what promises to be a fun and insightful conversation with New York Times bestselling author, John Searles. The evening is a celebration of the release of his much anticipated, genre-bending, new novel Her Last Affair, published by Mariner Books, an imprint of HarperCollinsPublishers. Her Last Affair has been praised by critics as “a tense, intricately woven tale of heartbreak, retribution and redemption” (Publishers Weekly) and “a twisted thriller that explores despair and loneliness with cinematic flair.” (Kirkus). Amy Ryan starred in the film adaptation of Searles’s critically-acclaimed novel, Strange But True. The evening’s ticket price includes a signed copy of Her Last Affair.