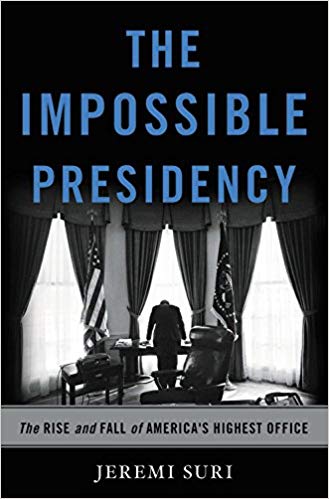 A bold new history of the American presidency, arguing that the successful presidents of the past created unrealistic expectations for every president since JFK, with enormously problematic implications for American politics. In The Impossible Presidency, celebrated historian Jeremi Suri charts the rise and fall of the American presidency, from the limited role envisaged by the Founding Fathers to its current status as the most powerful job in the world. He argues that the presidency is a victim of its own success-the vastness of the job makes it almost impossible to fulfill the expectations placed upon it. As managers of the world’s largest economy and military, contemporary presidents must react to a truly globalized world in a twenty-four-hour news cycle. There is little room left for bold vision. Suri traces America’s disenchantment with our recent presidents to the inevitable mismatch between presidential promises and the structural limitations of the office. A masterful reassessment of presidential history, this book is essential reading for anyone trying to understand America’s fraught political climate.

This event will take place in Stimpson Auditorium in Halpin-Harrison Hall.