Winchester –The Godfrey Miller Historic Home and Fellowship Center will host its annual summer lecture series in July. The series will be part of the celebration of Winchester’s 275-year history. Lectures will be given four evenings, starting at 7 p.m. in the Woltz Pavilion, 28 S. Loudoun St., Winchester, and will cover highlights of the centuries.

July 23 —- 1900s in Winchester – Trish Ridgeway on benefactors to the area; Judy Humbert on integration in the second half of the century

Cost is $10 (cash or check) for each evening, collected at the door. Door prizes will be given away each evening.

Proceeds from the lectures benefit programming for seniors at the Godfrey Miller Historic Home and Fellowship Center, 28 S. Loudoun St., Winchester.
____________
Information about the speakers:
July 23 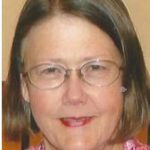 Trish Ridgeway served as director of the Handley Regional Library from 1993 to 2013. She holds a master’s degree in library science from Florida State University, a master’s degree in English from Winthrop College, and a bachelor’s degree from Radford University. In 2001with her husband Harry (and several others), she helped to found the Old Court House Civil War Museum, now known as the Shenandoah Valley Civil War Museum. Currently, she is working on a book about Judge Richard Parker. 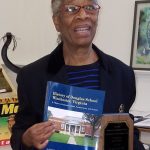 Judy Humbert was born and raised in Winchester. She is a 1965 graduate of Douglas High School. She collaborated with the late June Gaskins Davis, the Winchester-Frederick County Historical Society, and the Stewart Bell Jr. Archives at Handley Library to produce the book, “History of Douglas School.” She served on the Winchester Public Schools Board and has worked with the Friends of Handley Library and the Douglas Alumni Association.

The rest of the lecture series schedule is as follows:
July 16 — 1700s in Winchester – Tom Maccubbin on early business life in Winchester through ledgers; Gene E. Fisher on history of the Godfrey Miller Home
July 18 —1800s in Winchester – Rebecca Ebert on life before the War Between the States; Keven Walker on life during and after the war
July 25 —- 2000s in Winchester – Kris Tierney, Frederick County administrator, and Eden E. Freeman, Winchester city manager, on the present state of the area and future goals