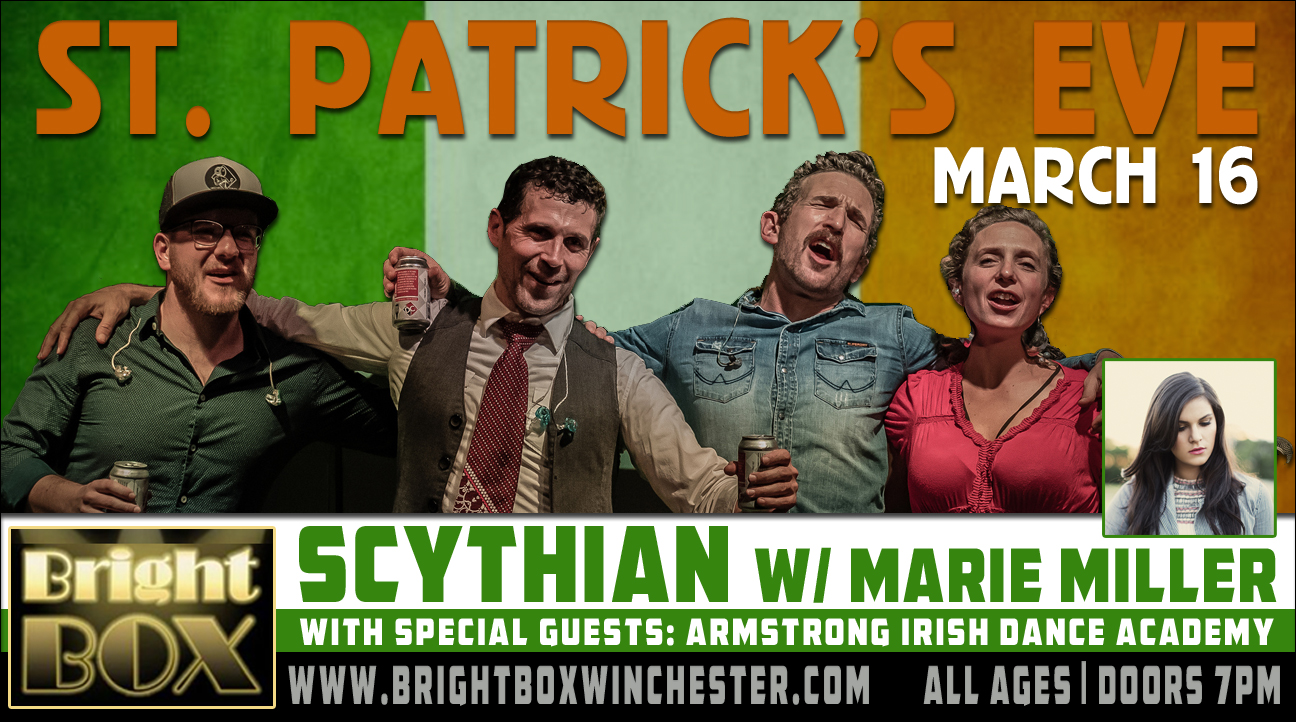 They’ve played for the President, they played after the Pope in Sydney Australia and now they’ll be playing just down the street. Scythian is an Irish Festival headliner and is known for its high-energy, crowd-interactive music. What is less known is that founders and front-men Alex and Dan Fedoryka grew up and live in Front Royal Virginia. After spending 12 years on the road growing the band the Fedorykas moved back to Front Royal to found their award-winning roots music festival – Appaloosa – hosted each Labor Day at Skyline Ranch Resort.

This March the brothers will be doing a 3,500 mile March to St. Patrick’s Day Tour which will bring them to the Bright Box Theater on St. Patrick’s Day eve – Saturday, March 16th with Front Royal native Marie Miller opening. The night will also feature a short opening set by the Armstrong School of Irish Dance at 7:30pm to get everyone in the St. Patrick’s Day mood.

Accordion and guitar player Dan Fedoryka said “We’ve loved coming back to Front Royal after spending the better part of a decade in the DC/NOVA area growing our band. We’ve toured over a million miles and its been great to come back to our hometown which has remained the same in all the best ways, but changed in all the right ways: we love all the new restaurants, businesses popping up – there’s a buzz in this town. We play at Appaloosa each year, but we’ve been looking to book a show another show locally and when we found the Bright Box we pencilled in our biggest night – St. Patrick’s Eve – for our home territory. We’ve stacked the bill with the talented Nashville-based – and Front Royal native – Marie Miller opening the night. You can expect to hear her driving, soulful voice backed by acoustic guitar and mandolin so be sure to come early. You may even see Irish dancers joining us on stage.”