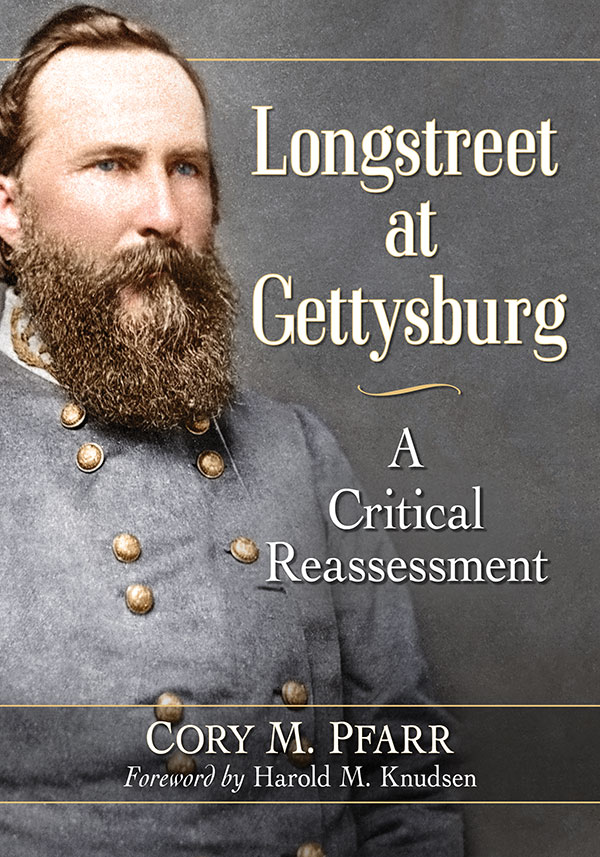 This is the first book-length, critical analysis of Lieutenant General James Longstreet’s actions at the Battle of Gettysburg. The author argues that Longstreet’s record has been discredited unfairly, beginning with character assassination by his contemporaries after the war and, persistently, by historians in the decades since. By closely studying the three-day battle, and conducting an incisive historiographical inquiry into Longstreet’s treatment by scholars, this book presents an alternative view of Longstreet as an effective military leader, and refutes over a century of negative evaluations of his performance.

Cory M. Pfarr works for the Department of Defense and is an American History author whose main interests span America’s Revolutionary to Civil War years. His work on John Quincy Adams, “John Quincy Adams’s Republicanism: ‘A Thousand Obstacles Apparently Stand Before Us'” was published by the Massachusetts Historical Society in 2014. His book-length study on Lieutenant General James Longstreet’s performance at the Battle of Gettysburg, titled, Longstreet at Gettysburg: A Critical Reassessment, was published by McFarland in 2019. He has also written articles for North & South Magazine and Gettysburg Magazine, and has appeared on the Pennsylvania Cable Network and C-SPAN American History TV. He lives in Pikesville, Maryland with his wife and three kids.