Book Signing: Charles Lickson – A WARRIOR OF MANY FACES 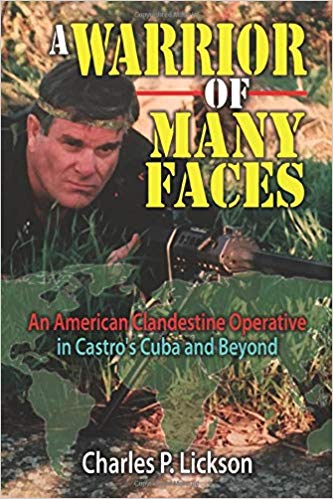 A stimulating story of a young American patriot that begins in 1958 with secret gatherings at the Cassagrande Hotel in Santiago, Cuba, followed by impromptu meetings with Fidel Castro and Che Guevara. Meetings that developed into daring combat missions for JC in the thick jungles of eastern Cuba’s Sierra Maestra Mountains where JC first fought alongside Che Guevara against the then President Fulgencio Batista’s National Forces. A year after Batista’s fall from power JC returned to Cuba assigned to play dirty tricks on the new Castro government.