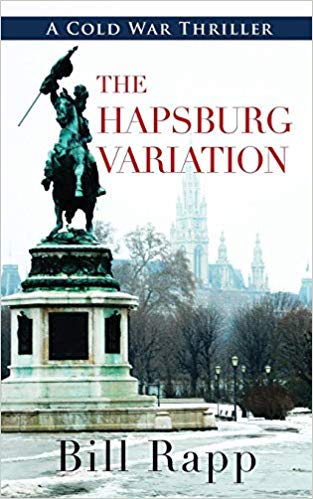 Bill Rapp will be at the Book Gallery to sign two of his books: The Hapsburg Variation and Tears of Innocence!

The Hapsburg Variation: Eight years into his career with the CIA, Karl Baier once again finds himself on the front line of the Cold War. He is stationed in Vienna in the spring of 1955 as Austria and the four Allied Powers are set to sign the State Treaty, which will return Austria’s independence, end the country’s postwar occupation, and hopefully reduce tensions in the heart of Europe.

Tears of Innocence: In the autumn of 1945 Karl Baier‚ a young American military officer‚ arrives in a devastated Berlin‚ the once mighty capital of the Third Reich. His assignment: to hunt down‚ debrief‚ and‚ in some cases‚ resettle German scientists who helped build the German war machine.