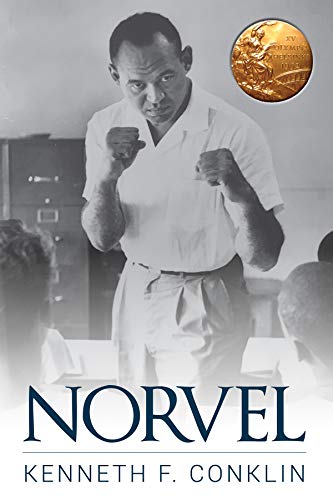 As we get ready for the Summer Olympics, meet Kenneth Conklin as he shares the story of a local Olympic hero in his new novel.

In September of 1948 – while a member of the U.S. Olympic team, a Howard University student, and a veteran of World War II – Norvel Lee was arrested for taking a seat in the white section of a segregated train in rural Virginia .Lee’s appeal of the case resulted in a landmark Jim Crow-era civil rights decision. Among Lee’s accomplishments were earning his wings as a Tuskegee Airman and as a member of two U.S. Olympic teams, making history at the 1952 Helsinki Games. Norvel Lee was truly an unsung hero who deserves recognition as a civil rights leader who made a profound difference in people’s lives.