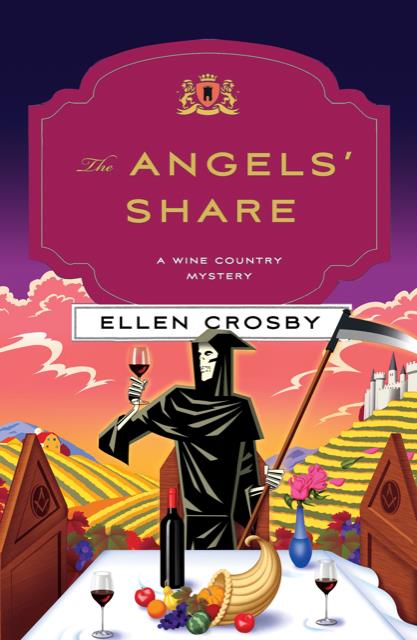 Ellen Crosby pours up another corking mystery with The Angels’ Share, an intriguing blend of secret societies, Prohibition bootleg wine, and potentially scandalous documents hidden by the Founding Fathers, all of which yield a vintage murder. When Lucie Montgomery attends a Thanksgiving weekend party for friends and neighbors at Hawthorne Castle, an honest-to-goodness castle owned by the Avery family, the last great newspaper dynasty in America and owner of the Washington Tribune, she doesn’t expect the festive occasion to end in death. More investigating hints at a mysterious vault supposedly containing documents hidden by the Founding Fathers and a possible tie to William Shakespeare. If Lucie finds the long lost documents, the explosive revelations could change history. But will she uncover a three hundred-year-old secret before a determined killer finds her?